Written by Nico Oorts
Updated over a week ago

Learn everything about working with screenplays in the Screenplay Builder app.

Open the Screenplay Builder app by clicking its button in the dark toolbar on the left. The button looks like this:

The image below gives an overview of the different parts of the Story Builder app (you can click the image to enlarge it). 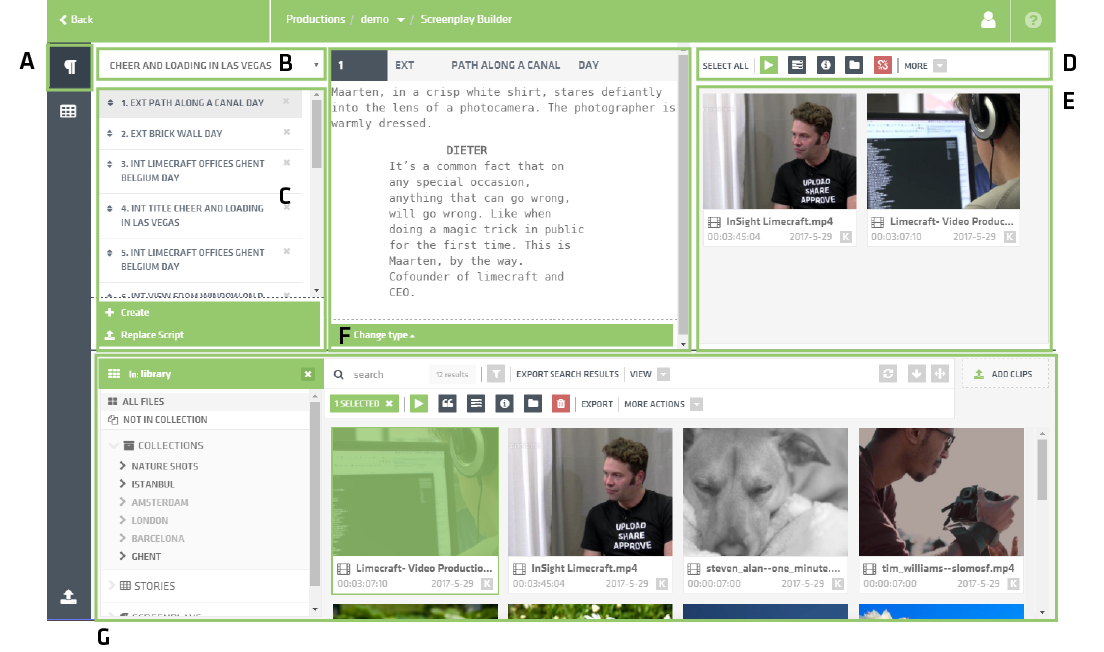 In Part C of the overview image, note that you can upload a script written in an external application using the Upload Script / Replace Script button at the bottom.

You can assign clips and subclips to scenes in the same way you would for collections.

With the Screenplay Builder, you write your screenplay (see below) first. As you shoot and ingest material into Flow, you can make rough cuts for each scene and export the screenplay to your edit suite.

Let’s focus on something you don’t have on a collection. Each scene represents a part of the screenplay. 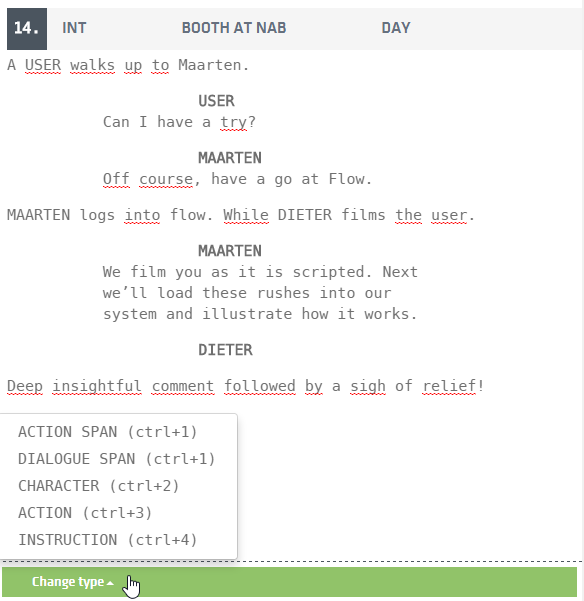 At the top you edit the traditional scene heading:

Next you can start writing the contents of the scene. A scene consists of a succession of elements. Each element can have one of the following types:

When you press return in the editor, a new element is appended. Flow will guess the type based on the context, but you can change the type using the Change type menu at the bottom or using the shortcuts which are indicated in the menu.

Upload a screenplay written in another application

At the bottom of the scene listing (C in the overview image) there is a button which we haven’t discussed yet.

If your screenplay already contains scripts, the label of the button will be Replace Script instead of Upload Script. Click this button to upload a script written in a third party application. We support importing screenplays in the following formats:

Did this answer your question?